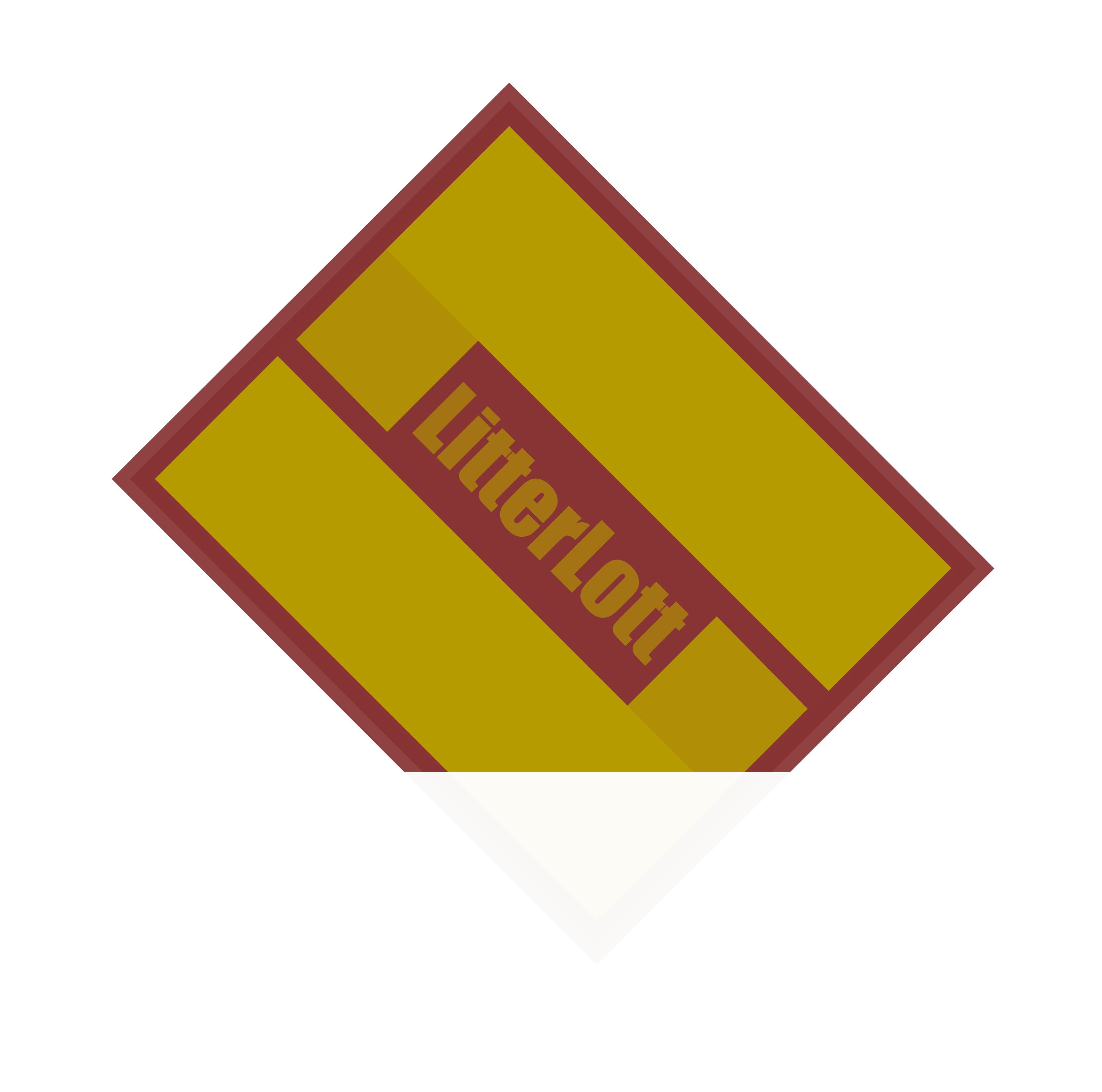 In the year of 2010 Stockholm was the first city to be granted the European Green Capital Award the EU Commission:

By this time, I David Berg, was about to do my thesis project within Design- & Product development at the Royal Institute of Technology. The winter of 2010/2011 was something extraordinary even for Swedish standards, with snow covering the entire country from early November to the end of Mars. What happened was that when the snow finally let go the classic phrase “what is hidden in snow, comes forth in the thaw” literally became very true…

As an extension of my thesis project “System to reduce butt littering”, in association with the school Innovation Management, I continued to focus on products and ideas within the “exotic fields” of littering. The idea mostly had to do with trying to understand the psychological part and behavior behind butt littering. Why was butt littering in particular such a big problem, a common issue in cities all around the world?

I soon registered a company, LitterLott, and met representatives in several municipalities, companies and organizations in Sweden, discussing this problem with butt littering in general. I had some new approaching angles where my standing point was that there should be some sort of incentive connected with a correct handling of the cigarette butts. All this in order to start a debate and affect the deep grown general attitude towards the cigarette butts as litter. A situation I described as a chemically, aesthetically and economically problem.

Was it then possible to in an pedagogical way point out the costs and other negative effects associated with butt littering? For every tax payer and citizen, this was on behalf of the society.

During this time I had a dialog with the Hubbub foundation in the U.K. They too were developing methods “out of the box” trying to get some attention and effectiveness in the battle to decrease butt littering. I also came in contact with Bo Aggerborg, owner of CigBuster AB. Their product is a great invention, a portable ashtray with a built-in lighter. Today CigBuster is a customer of LitterLott, and Bo Aggerborg a friend of mine.

The main idea of Project LitterLott:

Cigarettes have filters that contain a plastic fiber called cellulose acetate. If they are enough compressed the deformation is plastic. Definite permanent patterns in relief can be formed within the plastic fiber of the filters. This could be achieved through mobile ashtrays, which I called LitterPress. Those would stub out, compress and store cigarette butts along with transforming its filters into lottery tickets. In use, a press motion marked the filters with the phone number of each user respectively. In other words, all cigarettes are potential lottery tickets and could be traced back to the person with LitterPress.

The proposition encouraged the smokers to empty their mobile ashtrays into numbered sta­tionary ashtrays, I called LitterBox. Those would randomly di­vide the butts between two com­partments. One large where the majority would end up and one small, enclosing significantly fewer. A computer program should weekly and randomly have picked a number between 1 and the num­ber of stationary installed ashtrays around the city. Those who had their marked cigarette butts in the smaller compartment, of the stationary ashtray of the week, would then have collected a noticeable economic payoff. Those payoffs were supposed to be able to donate/allocate directly to charity, if one wanted. In an innovative and pedagogic way the awareness should increase around recycling and what the costs are to refrain, I figured.

I wanted to protect the project, at the same time I knew seeking a patent for the ashtrays LitterPress & LitterBox would be a long and quite expensive process. I kind of got around this coming up with what I thought was a great idea. I filled in an patent application form with the purpose of protecting designing cigarette butt filters, just like any artist is protecting his/her art. If I was the only one able to “design” cigarette filters with numbers then it wouldn’t matter if anyone would copy my products. They would simply be useless since they could never be used for designing cigarette filters, I reasoned.

The registered design was approved EU:s EUIPO (2012). The cost for protecting the design was just a small fraction of a “real patent” and I was happy with that.

With the financial help of Almi Företagspartner AB, backed the KTH Innovation Management at the Royal Institute of Technology, we could make the prototypes for LitterPress and LitterBox respectively.

More than just a litter lottery:

Those who I came in contact with during this period, and had a common interest in my ideas, were all interested in what I had to say. I was even invited to meetings with politicians in City Hall of Stockholm (known for the venue of the Nobel Prize banquet and is one of Stockholm’s major tourist attractions.) I wanted to set up a pilot study with my ashtrays in a specified area, in Stockholm for example. Then we would have material to evaluate…

I knew LitterPress could be a challange to get to play its part within the LitterLott project. I therefore suggested to instead count the cigarette butts in the randomly chosen smaller compartment and then evenly divide a total and specified payoff (related to that quantity of butts) among, on LitterLott page, registered users/or between charity organizations.

On the other hand they all also were very cautious with taking any action to initiate a project like LitterLott. I learned that anything that could even touch the border of being looked upon as PRO smoking was extremely sensitive, of course! Even my design ideas of how the ashtrays could take shape, and be painted to stand out in the urban environment, lead to skeptical reactions. I wanted the ashtrays to symbolize something new and not be forgotten/looked over potential users. I made the ashtrays orange/red, with bright yellow stripes, with inspiration from traffic signs in Sweden. I was told that an ashtray should be kind of camouflaged to blend into the city facade, not to stand out in any way. At the time ashtrays “all” were either chromed, dark green or black. They had one more thing in common, they were not used in the extent they were meant to. They were simply designed to blend in and not be recognized. I always thought the argument to be lacking a bit, since I could reply with the question what millions and millions of cigarette butts on the ground would advertise? Smoking, bad behavior…?

Today, in 2019, I find this topic somewhat more urgent than ever. When looking back, many of the ideas have in one way or another been initiated, coincidence or not.

After 5 years of evaluating and measuring, smoking behavior and butt littering, municipalities have arrived in the belief that orange/red and…yellow ashtrays work the best.

The last couple of years there have been popping up voting ashtrays where the smokers use their cigarette butts as voting tickets. Organizations in Sweden have arranged butt litter picking days where those who return collected cigarette butts get money/gifts in exchange, all in relation to the number and weight.

A concept called nudging, initiated a winwinworld, is a method that encourages/help people to do the right thing. All their projects are environmentally related. When it comes to butt littering they are preaching for ashtrays painted in yellow, red, pink to get recognized, and have numbers of studies strongly supporting this theory. In some cases they also make painted marks/footprints on the surrounding ground and have boards with animals begging for help to quit smoking (i.e. eat cigarette butts).

They describe the cigarette butt littering problem as a environmentally, well-being and budget problem…

“Rochford Borough Council launched
a similar ‘nudge’ where bins were
transformed into charity collection
boxes – the more litter deposited,
the more money would be donated.
During the trial, litter levels were
reduced 42% and continued to
fall even once the wraps had been
removed – reaching an impressive
63% reduction overall”.

Finally, I also had some ideas suggesting that people could take pictures of spots where littering was a problem. This could lead to a recognition & revelation of where to put in the efforts first. This was done since you and I could give each picture a common hashtag, along with photo mapping it. Since then (2012) quite a few apps and sites are offering this kind of “service”, which is great!

Last but not least I presented some new ways of telling the same old story and presenting the same old facts year after year (“The cigarette butt is the worlds most common litter”, “So and so many billions are tossed on the ground each year…”) that I reckoned gave more dignity for its cause, getting peoples attention and understanding & emphasizing for the problems dignity. What those were I won´t put up here, guess one might have to google it. “Think inside the box”.

So I think the efforts from the very same people/companies I once met finally are more focused on the approach I believed in and pointed out, and that´s a nice thought! Sure I was elevating my own ideas to an extent no one else did, but I truly learned a lot along the way and never regret aiming high. 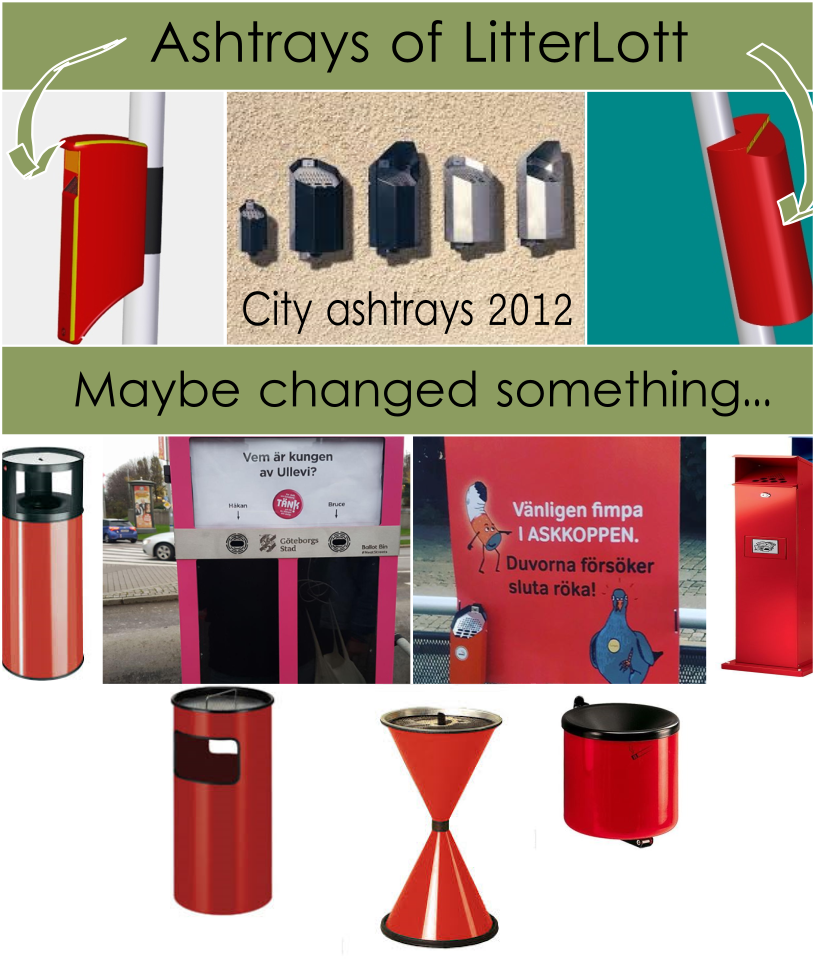 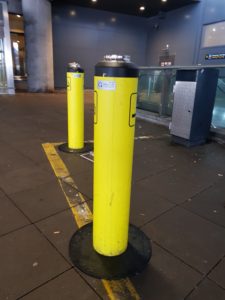